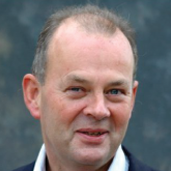 Peter White has run his own public affairs consultancy since 1994. Over these years, he has designed communications strategies for organisations, recruited and trained in-house communications staff and been to hand to generate tactical responses. Through the most direct means, he gets to the point.

He studied philosophy at Trinity College Dublin from 1973-1978 with a year off the books while he was the President of the Students Union. In 2014, he was awarded a PhD by University College Dublin – where, since 2016, he has combined his business with teaching a module Existentialism and Humanism.